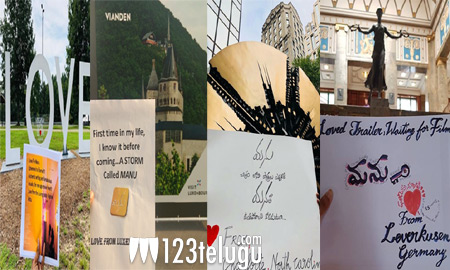 Ever since the film’s intriguing teasers and then the trailer were released a few weeks ago, a lot is being expected from the upcoming indie romance drama, Manu. The film releases worldwide on September 7 amid a lot of hype.

Not only the two Telugu states, but Manu is also being eagerly awaited by movie lovers across several foreign countries. Movie enthusiasts from popular overseas destinations like the New South Wales, Germany, Luxembourg, North Carolina and Virgina USA etc extended their support and curiosity for Manu.

Manu has Gautam and Chandini Chowdary playing the main leads. Debutant Phanindra Narsetti is the director. Nirvana Cinemas is presenting this movie, which was crowdfunded by 115 movie connoisseurs.