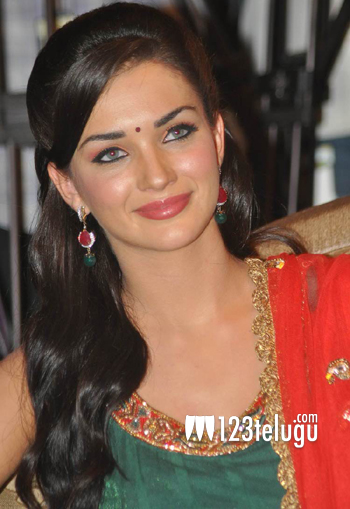 P C Sreeram is undoubtedly one of the best cinematographers in Indian cinema today. His reputation as a master cinematographer needs no introduction and he has proved it again and again with films like Geethanjali, Nayakudu, Sakhi, Khushi, Ishq among several other films. Currently, he’s working along with Shankar on the latter’s upcoming film Manoharudu.

Usually, P C Sreeram never talks about the actors he works with unless of course he’s completely impressed with them. Now, it looks like, Amy Jackson, who’s playing the lead role in Shankar’s Manoharudu has impressed the acclaimed cinematographer. No wonder, he posted a photo of Amy Jackson and said she was a ‘beauty at its best’. In the past, Amy Jackson has acted in films like Madarasipattinam, Shiva Thandavam and Gautham Menon’s Ekk Hasina Thi. Shankar’s Manoharudu is her biggest film till date.

Manoharudu is expected to hit the screens in summer, 2014 and Vikram is playing the lead role. Apart from this film, which is titled as ‘Ai’ in Tamil, Amy Jackson will soon be seen in Ram Charan’s upcoming film Yevadu.