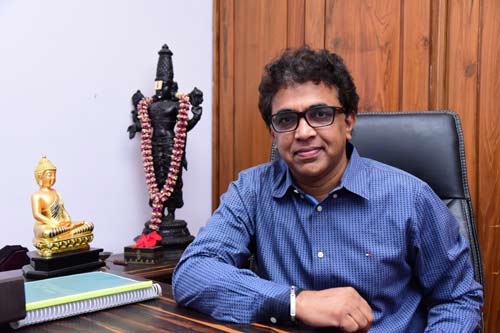 Young actors Vishwak Sen and Nivetha Pethuraj’s upcoming romantic entertainer, Paagal, was supposed to hit screens on May 1. However, an indefinite postponement was inevitable due to the raging pandemic in the twin Telugu states.

Paagal’s producer Bekkem Venu Gopal is celebrating his birthday today. On this occasion, he opened up about the film at length in a special chit-chat. Expressing total confidence on the film’s, the producer said that Paagal is going to be a sureshot blockbuster. “We have seen the final output and we are quite happy with the way the film has turned out,” he added.

The producer went on to say that Paagal is a complete family entertainer loaded with family emotions. Debutant Naresh Kuppili has directed the movie, while Radhan has composed the soundtrack. Paagal will be hitting screens as soon as the situation returns to normalcy.