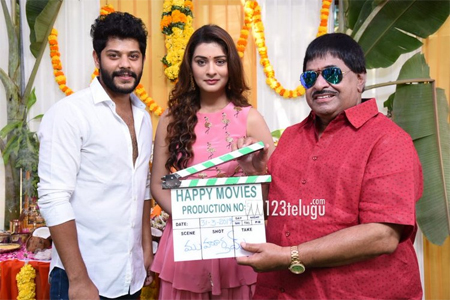 Yesterday, we had reported that sensational heroine Paayal Rajput gave her green signal for a film to be produced by senior producer C. Kalyan’s production house. The film is formally launched in Vijayawada this morning.

Titled RDX, the film will be directed by debutant Shankar Bhanu. Apparently, Paayal will be seen in an author-backed role in this female-centric film. Arjun Reddy fame Radhan is the film’s music composer. More details be revealed soon.