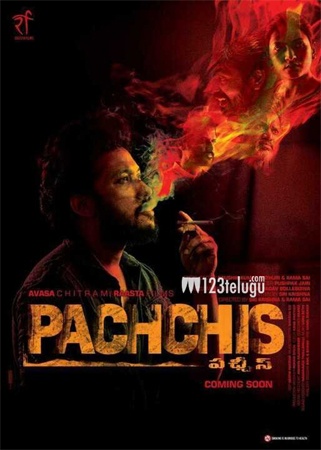 Pachchis, the upcoming crime thriller featuring Raamz and Swetaa Varma in lead roles, is all set to premiere on Amazon Prime Video on June 12. The film’s launched recently released trailer has raised the expectations among movie lovers. On the eve of the film’s digital premiere, celeb stylist turned hero Raamz has opened up about his journey and Pachchis in particular.

Raamz hails from Bhimavaram and he entered Tollywood with a dream to become a hero. However, he took to styling to get a break in the industry. He worked as a stylist with stars like Nagarjuna, Vijay Deverakonda, Ram, Adivi Sesh and Rana Daggubati.

“I have been looking for the right script for a long time to make my debut as an actor. That’s when directors Sri Krishna and Ram Sai narrated Pachchis’ script to me. Pachchis is a different thriller and it will surely impress the audience. Nag, Rana and Sesh supported our film and helped it gain a decent buzz. Those who have seen the trailer are lauding its concept, visuals and music,” Raamz said, also thanking his producers K Kaushik Kumar and Ram Sai for making the film without compromising.

Raamz went on to reveal that he has already signed a couple of content-oriented films. “But I don’t want to limit myself to different films and I will surely explore commercial films in future. I want to prove myself as an actor first and continue my journey irrespective of hits and flops,” Raamz added.