Padara Padara from Maharshi is a moving song: Shankar Mahadevan
Published on Apr 24, 2019 12:00 am IST 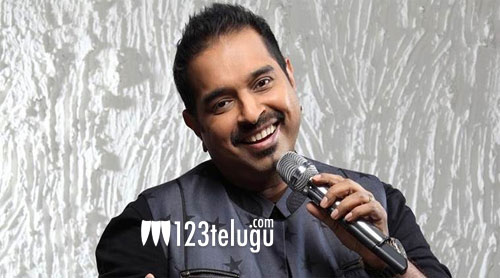 The much-awaited fourth single from Superstar Mahesh Babu’s silver jubilee film, Maharshi, will be released on April 24 at 4:05 pm. The song, titled Padara Padara, has been penned by Shree Mani and scored by Devi Sri Prasad. National award-winning playback singer Shankar Mahadevan has crooned the number.

This evening, Maharshi’s director Vamshi Paidipally released a short video in which Shankar Mahadevan had some nice things to say about Padara Padara. He said that Padara Padara is a very strong and emotionally moving song. He further said that he had sung the popular ‘Bollywood Balarajuni’ song in Rajakumarudu, Mahesh’s debut film as a hero, and that he is thrilled to have again sung such an important song in the Superstar’s 25th film.

Maharshi, also starring Pooja Hegde and Allari Naresh, is produced by Dil Raju, Ashwini Dutt and PVP. The film is slated for release on May 9.