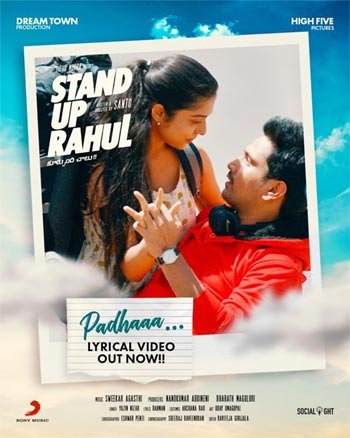 Young actor Raj Tarun will be seen as a stand-up comedian in his upcoming movie, Stand Up Rahul, which is being directed by debutant Santo Mohan Veeranki.

Lyrics penned by Rehman hinted about Raj Tarun and Varsha’s liking for each other in the movie. Besides the song, the visuals shown by the cinematographer, Sreeraj Raveendran, are beautiful.

The teaser and other promotional content created curiosity on Stand Up Rahul, which is bankrolled by Dream Town Productions and HighFive Pictures. Venella Kishore, Murali Sharma, Indraja, Devi Prasad and Madhurima are the other prominent cast of the film.