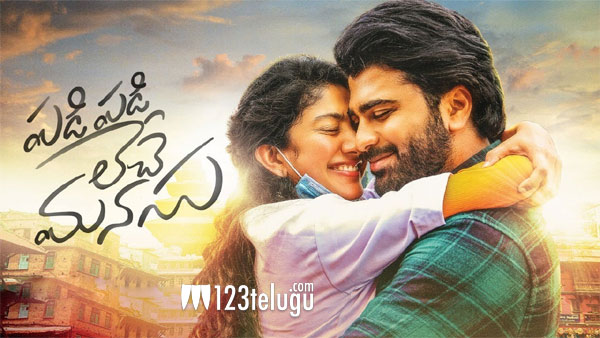 The release of Padi Padi Leche Manasu is just hours away and the buzz for the film is getting hotter. Touted to be a romantic drama, the film has the magical combination of Sai Pallavi and Sharwa in lead roles.

Now, sources close to us have revealed that the first half of the film is said to be magical with some very well executed romantic scenes between the lead pair.

Sharwa and Sai Pallavi’s chemistry is said to be the highlight during this time and how Sharwa woos Sai Pallavi has been showcased in a very interesting and romantic manner.

Adding to this, the songs are an added bonus to the film and have caught on quite well with the audience. Hanu Raghavapudi directs this film which has music by Vishal Chandrasekhar.