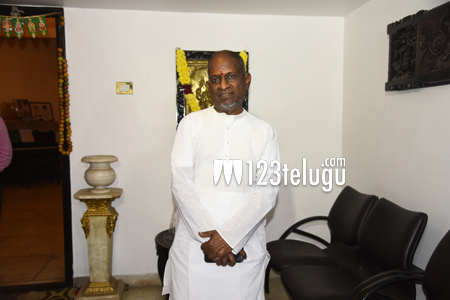 Legendary music composer Maestro Ilayaraja has been conferred Padma Vibhushan, the country’s second highest civilian honor, by the Government of India. The announcement comes in on the eve of India’s 69th Republic Day.

In his illustrious career that spans over four decades and 1,000 plus movies, Ilayaraja has been enthralling music lovers across the globe with his mellifluous music. The 74-year-old composer is a five-time winner of the National Award for Best Music Direction. Ilayaraja was honored with the Padma Bhushan title in the year 2010.

123telugu.com congratulates the Maestro on this special honor.