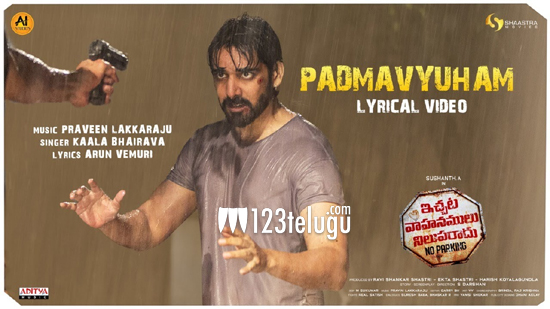 The new single from hero Sushanth’s upcoming action thriller, Ichata Vahanamulu Niluparadu, has been released earlier today. Titled Padmavyuham, this intense song draws similarities between Sushanth’s character fighting the criminals and the warrior prince Abhimanyu in the Padmavyuham episode of the epic Mahabharata.

Padmavyuham has been penned by Arun Vemuri and crooned by Kaala Bhairava. The thought-provoking and poignant lyrics and the angst-filled vocals together create an intense and emotional feeling. Music composer Pravin Lakkaraju comes up with a hard-hitting number which seems to be the soul of the movie.