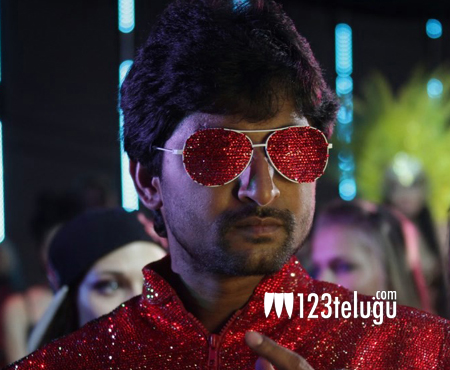 Nani starrer Paisa has finally completed its censor formalities. Directed by Krishna Vamsi, the film has been given ‘A’ certificate by the censor board. Confirming the news, Nani tweeted saying, “Censor done!!! Paisa got an ‘A’. It is a first time in my career. School lo kuda Epudu ‘A’ raledhu (I’ve never received ‘A’ in my school) … My parents will be really proud of me :).”

Nani and Catherine Tresa have played the lead roles in this film which is said to have a lot of political elements. The film is set in Hyderabad backdrop and Nani is playing the role of a guy named Pra’Cash’, who is obsessed about money. Siddhika Sharma and Charan Raj have played important roles.

The film’s audio was launched a long time ago and Sai Karthik has scored the music. Concrete efforts are being made to release the film in December. Ramesh Puppala has produced the film under Yellow Flowers banner.