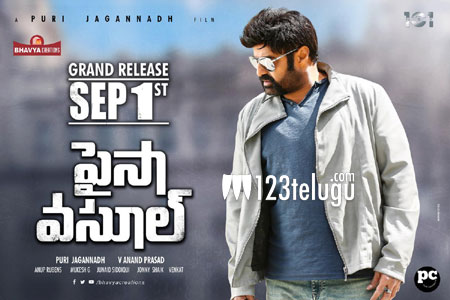 Balakrishna was in full form at the audio release function of Paisa Vasool which happened yesterday night. Within no time, the trailer has crossed 2 million views on all platforms which is a very good sign for the film.

Balayya is seen in his elements in the trailer which has been specially designed by director Puri Jagan. Shreya Saran plays the female lead in this film which has Kiara Dutt in a crucial role.

The film is in its last leg of post-production and the buzz for the film has caught on supremely well all over. Reports suggest that there will be a superb twist in Balayya’s role in this film which his fans will like big time.

Anup Rubens composes music for this film which is up for release this 1st of September.