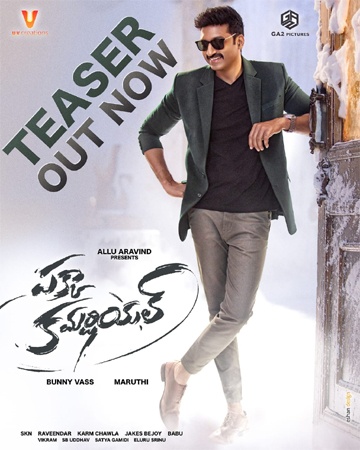 Maruthi is in the news for his new film Manchi Rojulochaie that has been released to some decent applause a few days back.

He is also ready with one more film called Pakka Commercial which has Gopichand in a lead role. UV Creations and Bunny Vas produce this film.

The makers revealed the teaser and it looks action-packed. The teaser is kept away from the regular comedy which Maruthi’s films have and has some serious action being showcased.

Gopichand looks impressive in his look and the production values are also good. Raashi Khanna is seen as the heroine in this film and for now, the teaser shows Maruthi in a new avatar.