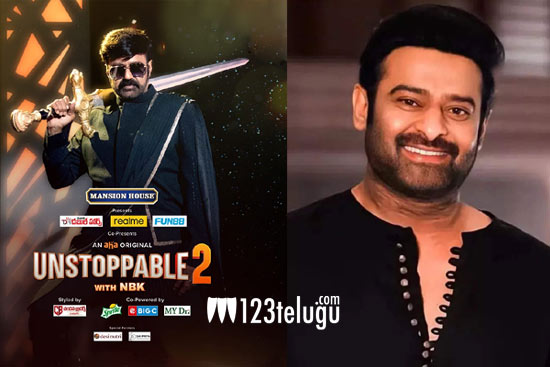 Aha’s Unstoppable With NBK S2 is gaining popularity with every new episode. Hosted by the star hero Nandamuri Balakrishna, the celebrity talk show has made the headlines again.

A strong buzz is doing rounds on social media that pan-Indian star Prabhas will grace the show soon. However, neither the actor nor the showrunners announce it officially.

If the gossip is true to be believed, then the episode would be the highlight of the entire season. Keep watching this space to get more interesting OTT updates.