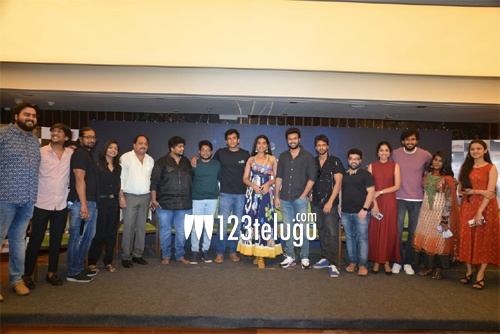 Panchathantram, the upcoming anthology film featuring legendary comedian Brahmanandam, Kollywood actor Samuthirakani, Swathi Reddy, Shivathmika Rajasekhar, Rahul Vijay, Naresh Agasthya and others, has been creating a lot of buzz with its characters’ posters. The film’s teaser was released earlier today. Interestingly, hero Satyadev has lent his voice for the teaser and he narrates the main theme of the film.

Panchathantram’s teaser is heartwarming and intriguing as it showcases how all its lead characters and their lives are connected to stories. The King of Comedy, Brahmanandam, dons the role of a narrator in the movie. The impressive teaser raises expectations on the movie, which is gearing up for its theatrical release very soon.