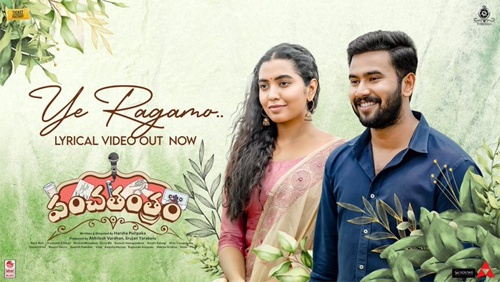 Panchathantram is a film that has some noted faces doing lead roles. Today, the team of the film unveiled a song titled ‘Ye Ragamo’ from the movie.

Composed by Prashanth R Vihari and Shravan Bharadwaj, the song has been sung by Ravi G, Vihari, Lakshmi Meghana and Sri Kavya. Written by Kittu Vissapragada, the visuals by Raj K Nalli are refreshing.

Written and directed by Harsha Pulipaka, it is produced by Akhilesh Vardhan and Srujan Yarabolu. Recently, a character teaser dedicated to Brahmanandam was released by the makers. It received an amazing response.