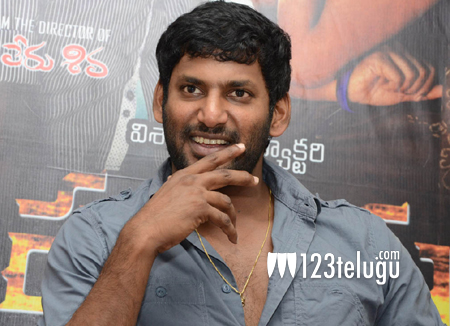 ‘Pandem Kodi’ was a huge hit and gave a solid fan base to Vishal in Telugu. Released in 2005, the film was directed by Linguswamy of Awara and Sikindar fame. The film has been in news since a long time for a sequel. Finally, Vishal and Linguswamy are teaming up again for the sequel which will go on floors in May.

As per the Tamil media reports, Linguswamy has locked the script for ‘Pandem Kodi 2’ and is now busy searching for the right actors. More details regarding the film’s leading lady and other core crew members will be revealed soon.

Vishal’s latest blockbuster in Tamil, ‘Aambala’, is all set to release in Telugu as ‘Maga Maharaju’ on 27th February.