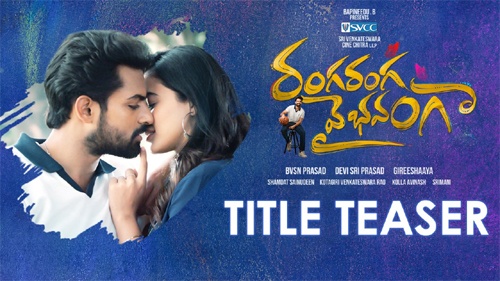 The makers have released a romantic teaser featuring Vaisshnav Tej and Ketika Sharma to announce the title. The title sounds good and interesting.

Produced by BVSN Prasad under Sri Venkateswara Cine Chitra banner, the movie has the music of Devi Sri Prasad. More details of the movie will be announced by the team later.