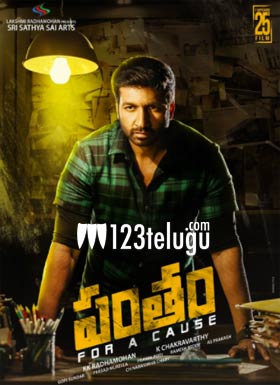 The Gopichand starrer, Pantham is all set for a release tomorrow and there is a decent expectation on the project. This film is quite crucial for Gopichand’s career as the film’s success will give some respite to the hero.

The pre-release business of the film has been done on a moderate note of close to 15 crores. In such a case, the film needs a very good start at the box office. As there is also a release in the form of Tej I Love You, things need to click quite well for the film.

As of now, things look good and we need to see how this film performs at the box office. Debutante Chakri directs this film which has Mehrene as the female lead.