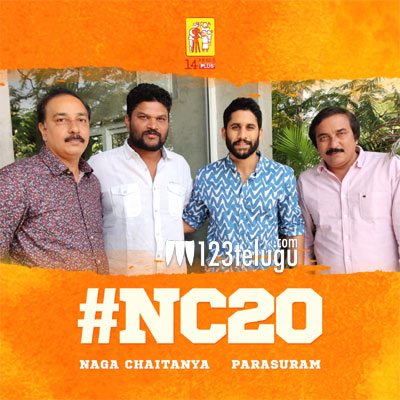 Sometime back, we had revealed that Naga Chaitanya will be working in the direction of hit director Parasuram for a romantic comedy.

The news now is that the project has been confirmed and will be produced by 14 Reels Entertainment who last made the hit film Gaddalakonda Ganesh.

Parasuram has been sitting with this script for a long time and now finally after approaching many heroes, he has locked Chay. More details of the film will be revealed soon.