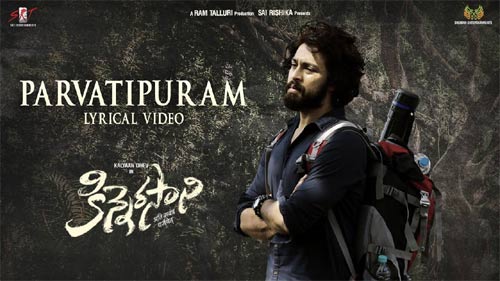 It is a known fact that Kalyan Dhev is doing a film called Kinnerasani. The promos of the film have caught on well and the makers have released a song called Parvathipuram.

This song is a rustic number composed in a very unique manner by Mahati Swara Sagar. It has some earthy lyrics as well. The singers Uma Neha, Revanth, and Dhanunjay Seepana have done well with their singing.

The song is surely unique and will hit you more the moment you listen to it multiple times. This is such a song that will click more after you see its cool visuals of the countryside.

Kinnerasani has Ravindra Vijay, Ann Sheetal, Mahathi Bikshu, and Kashish Khan in key roles. Ram Talluri has produced the film and Ramana Teja is the director.