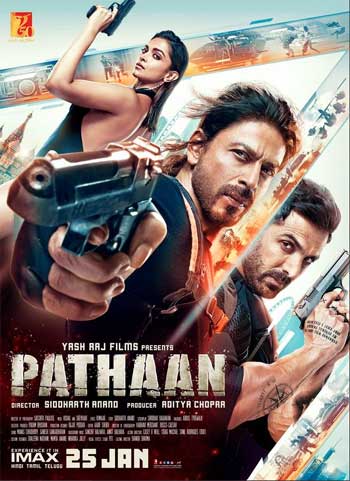 Bollywood superstar Shah Rukh Khan’s highly-anticipated action drama, Pathaan, is gearing up for a massive release on January 25. As the film marks SRK’s return to the silver screens in a full-fledged role after 4 long years, the film’s advance bookings are registering sensational numbers in the North and overseas, while even South territories are displaying fast-filling boards all over.

The Pathaan mania in Germany is such that the film has collected a solid €150,000 so far through just advance bookings from 8,500 tickets. This is higher than the lifetime theatrical collection of Yash’s blockbuster period action drama, KGF Chapter 2, which collected €144,000 last year. With 5 more days left for the film’s release, Pathaan will also surpass the lifetime collection of Mani Ratnam’s Ponniyin Selvan (€155,000) in Germany.