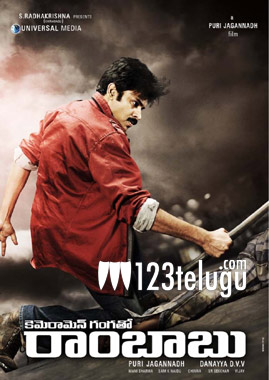 Power Star Pawan Kalyan is all set to take record openings with his upcoming film ‘Cameraman Ganga tho Rambabu’. The movie is going to hit the screens on October 11th worldwide and the frenzy for the film will be huge. Pawan has always had terrific openings, even in his lean years. Now with the recent blockbuster success of ‘Gabbar Singh’, the craze is expected to me a lot more.

The movie will also have a massive worldwide release and special overseas premieres. Putting all this together, trade analysts are confident that the movie will take in record openings when it releases next month. Tamanna is the heroine opposite Pawan in this movie and Puri Jagan is the director. The movie has been produced by Danayya DVV and Mani Sharma has scored the music.