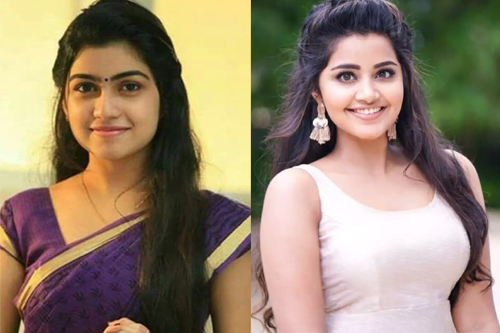 Powerstar Pawan Kalyan’s 28th film under Harish Shankar’s direction has been making a lot of buzz ever since it was announced a few months ago. The film will be going on floors towards the end of this year, after Pawan wraps up Vakeel Saab and Virupaksha

Meanwhile, since yesterday, speculations have been rife that young Malayalam beauty Manasa Radhakrishnan is the frontrunner to grab the female lead’s role in PSPK28. However, Harish Shankar promptly refuted the speculations. He’s still busy penning the script for the film.

On the other hand, Pawan fans, who have been sharing the Manasa’s pictures on social media, seem to be convinced that Manasa will be an apt choice to pair with Pawan. Also, another section of fans want yet another young Kerala beauty Anupama Parameswaran to be roped in for the leading lady’s role in the film. Well, will Harish and the makers at Mythri Movie Makers banner acknowledge fans’ wish?