Pawan Kalyan alleges conspiracy to assassinate him
Published on Sep 28, 2018 11:18 am IST 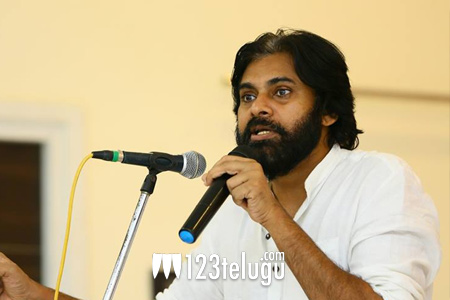 Film star turned politician Pawan Kalyan has once again alleged threat to his life. Addressing a large gathering during his porata yatra tour in Eluru yesterday, Pawan said that he has received a few audio clips in which three people were plotting to assassinate him and wipe out Janasena ahead of the 2019 general elections.

“Those who are planning to eliminate me are thinking that both opposition and the ruling party will blame each other for my death and that people will forget it after a few days. But I am not scared. I entered politics after being fully prepared for everything,” said Pawan.

Pawan also said that it’s not money or power that gets victories in elections, but it’s the people’s support. He went on to claim that Janasena has the required 18% vote share to win the next election.