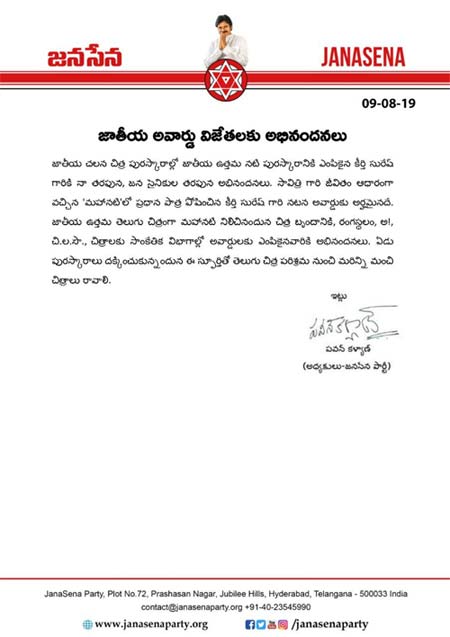 Telugu cinema is flying high as most of our films are getting good recognition all over. Now, various Telugu films and their stars have won the prestigious national awards which were declared today.

Keerthy Suresh won the best actress for Mahanati and movies like Chilasow, Rangasthalam and Awe won top honors at these awards which were dominated by Telugu cinema.

So, happy with this, Pawan Kalyan congratulated the winners with a special note from Janasena. Telugu films won as many as seven awards in various categories.