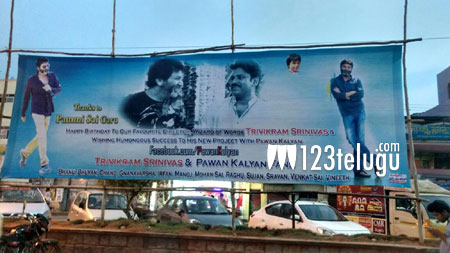 They have made special plans to celebrates his birthday in most parts of the Telugu states on a grand scale. Meanwhile, Trivikram is directing his next movie with Pawan Kalyan which will go on sets from next month.