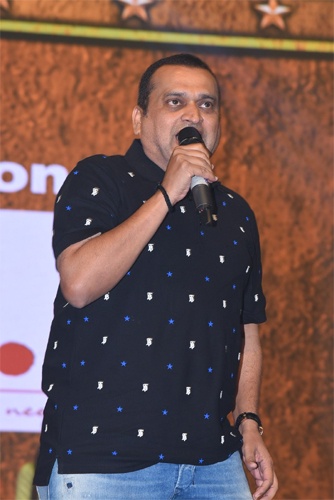 As expected, actor turned producer Bandla Ganesh’s trademark hilarious speech was undoubtedly one of the main highlights during Vakeel Saab’s pre-release event last night. The eccentric filmmaker has once again poured his devotion towards his demigod Pawan Kalyan.

”Pawan Kalyan is an addiction and we can’t leave him for life once we are habituated to him. People come and go, but only those like Pawan Kalyan will be remembered in history. He has been working non-stop for 18 hours every single day. He is providing employment for at least 1,200 people through his movies,” Bandla Ganesh said. Needless to say, even Pawan was amused by his ardent fan’s speech.