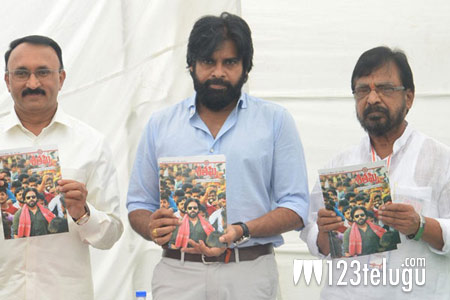 Film star turned politician Pawan Kalyan launched Janasena party’s mouthpiece, a fortnightly named Shataghni at the party’s office yesterday evening. Through Shataghni, Pawan aims to reach out to the masses and enlighten them about Janasena’s agenda and principles.

For the past few months, Pawan became active in politics and even held extensive tours across North Costal Andhra and the Godavari districts. He is also said to have been backing a TV channel to educate people about Janasena’s aspirations for a corruption free state.
Attachments area