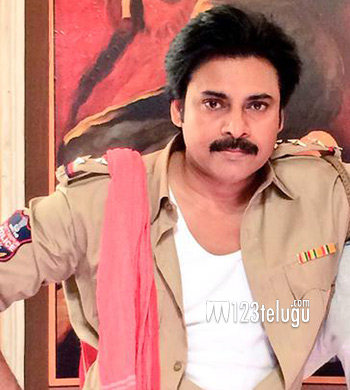 Powerstar Pawan Kalyan returned to Hyderabad after completing a week-long location scouting in Gujarat for his ongoing film, Sardaar Gabbar Singh. Pawan and the film’s unit left for Gujarat on the 21st of this month and zeroed in on a few suitable locations. Pawan will resume shooting for Sardaar in Hyderabad and after a very short city schedule, the unit will again leave for Gujarat to kick start a major schedule.

As per the reports, Pawan, upon his arrival, enquired about the recent trespassing attempt by unidentified men at his Banjara Hills MLA Colony residence. Apparently, Pawan is mulling over beefing up his security. On the politics front, Pawan’s Janasena Party has been registered by the Telangana State Election Committee, which will let the party field its candidates in the upcoming elections.