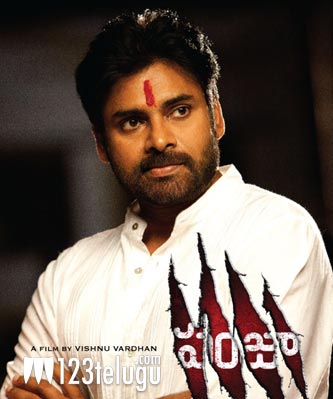 Power Star Pawan Kalyan’s eagerly awaited film ‘Panjaa’ will soon celebrate its audio launch at a glittering ceremony to be held in Gachibowli Indoor Stadium on November 19th. The music for this film has been scored by Yuvan Shankar Raja. We are hearing a very interesting report that is circulating in Filmnagar now. It is being said that Pawan Kalyan reportedly sang a small satirical number in the movie. While there is no official confirmation yet over this, we sure are excited by the prospect.

Sources also say that the film is very high on entertainment quotient. Ample comedy and other commercial elements have been integrated into the story to make it a wholesome offering.

Panjaa will release worldwide on December 9th and there are very high expectations on this movie. Sarah Jane Dias and Anjali Lavania are the heroines for this movie and Vishnuvardhan has directed this film. Shobhu Yarlagadda and Neelima Thirumalasetty are jointly producing this movie. The first look has been received extremely well by the public.