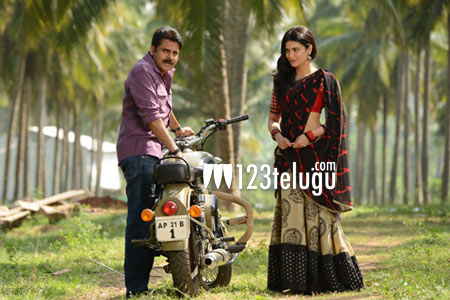 Pawan Kalyan and Shruti Haasan will be heading to Italy later tonight to shoot couple of songs in some exotic locales there for their upcoming film ‘Katamarayudu’. The film is slated for release on March 24 and it’s already creating a sensation on the internet. The first song, ‘Mira Mira Meesam’, which was released yesterday went viral on Youtube with record number of views within a short duration.

Directed by Kishore Kumar Pardasany (Dolly), the film is the remake of ‘Veeram’ and Pawan Kalyan will be seen in a powerful role. Katamarayudu also stars Siva Balaji, Ajay, Chaitanya Krishna, Kamal Kamaraju in lead roles.

Anup Rubens is scoring the music and the second single is expected to be released soon. Sharath Marrar is producing the film.