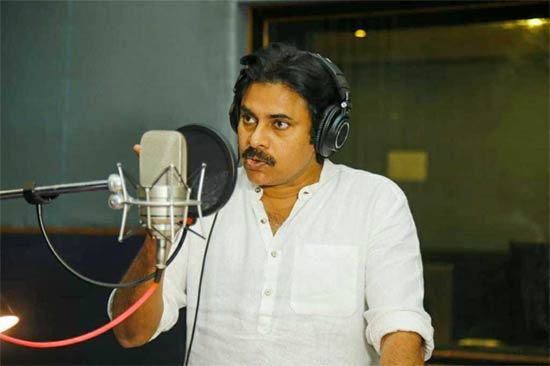 It is a known fact that Power star Pawan Kalyan wrapped up his shoot of Vakeel Saab sometime back. Now, the last news is that he has also started dubbing for the film from today onwards.

Pawan is the kind of actor who stays in the groove and wraps up the dubbing by staying at the dubbing theatre. The news is that he will wrap up the film’s dubbing in the next two days or so.

Venu Sriram is the director of this film that is being produced by Dil Raju and Boney Kapoor. Shruthi Haasan and Nivetha Thomas play key roles in this film. The film releases on April 9th worldwide.