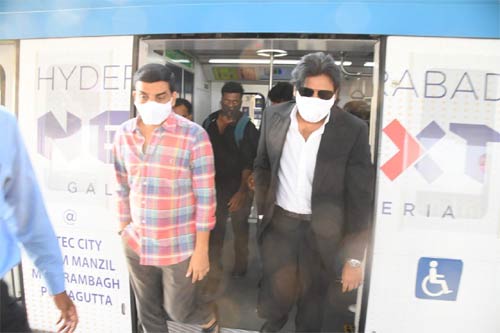 Star hero Pawan Kalyan resumed Vakeel Saab’s shoot earlier this week. This morning, the actor was spotted shooting for a crucial scene on a metro train in Hyderabad.

As part of the shoot, Pawan took a metro ride from Madhapur to Miyapur metro stations. Co-passengers and fans were pleasantly surprised to see Pawan in a metro station.