Pawan Kalyan targets many with a cinematic speech in Gudiwada
Published on Dec 28, 2020 5:25 pm IST 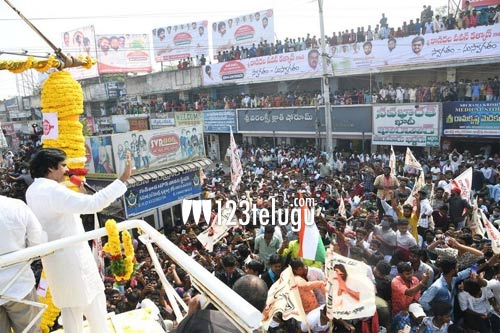 Pawan Kalyan was in Gudiwada today in support of the farmers and made some sensational comments. He spoke harshly about the YCP government and also clearly told that he will not leave his film career and will continue to be in politics in a big way.

Pawan made some solid statements in his speech which won a roaring reception. Pawan also targetted the local MLA Kodali Nani with some heated words and also used the title of his film Vakeel Saab in his speech warning the ruling party.

Pawan was in full swing with his speech and spoke at length and put his word across that when every politician is doing business and also politics, why can’t he work in films and be in public service. Glimpses of Pawan’s speech have gone viral in the media.