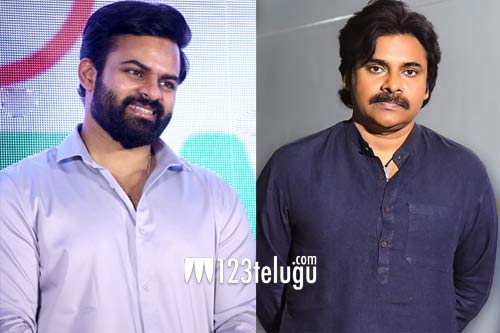 Sai Dharam Tej’s Republic is all set for a release on the 1st of October and the promotions have already started in a big way.

The makers have announced the details of the pre-release event which will be held on the 25th of this month and the news is that none other than Pawan Kalyan will be attending the event.

As Tej is recovering in the hospital due to his bike accident, the hero’s uncle, Pawan Kalyan has taken the responsibility to promote the event.

Deva Katta directs this film which also has Ramya Krishna in a key role. Sai Te plays a collector in the film.

The POWERFUL update is here 💥🔥