Pawan Kalyan to kick-start Harish Shankar film in this month
Published on Jun 7, 2021 7:26 am IST 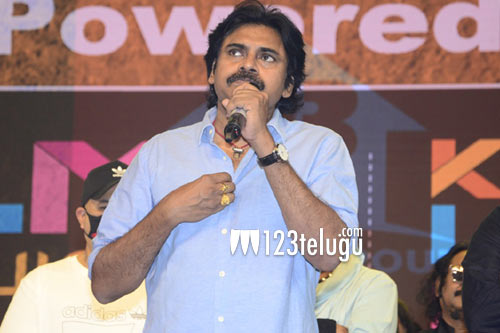 After their blockbuster maiden collaboration, Gabbar Singh, actor-director duo Pawan Kalyan and Harish Shankar will soon be joining forces with each other for the second time. This crazy project, tentatively titled Sanchari, is being produced under Mythri Movie Makers banner. The makers are yet to lock the film’s leading lady.

According to the latest updates, Pawan Kalyan has given his dates for Sanchari from August. Pawan is expected to resume the shooting for Ayyappanum Koshiyum remake and Hari Hara Veera Mallu in July and wrap up Ayyappanum entirely. The star hero will later shoot for HHVM and Sanchari simultaneously. Pawan is rumored to be playing dual roles in this highly-anticipated film. Stay tuned for further details.