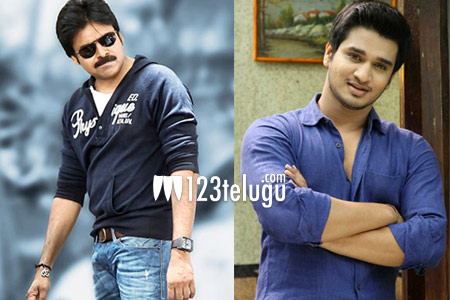 Young hero Nikhil, is in the best phase of his career with back to back hits. The actor will be next seen in Kona Venkat’s Shankara Bharanam and according to the latest update, the trailer of the film will be released by none other than Power star Pawan Kalyan tomorrow morning.

As the film’s producer, Kona Venkat shares a close bond with the super star, he has agreed to release the first look. Meanwhile, the trailer will also be attached with Ram Charan’s upcoming movie Bruce Lee which is releasing on the 16th of this month.

‘Sankarabharanam’ is a crime comedy which is directed by débutante Uday Nandanavanam and has Nandita as the female lead.