This morning, Sai Dharam Tej’s uncle and star hero Pawan Kalyan and director Trivikram sent flower bouquets to Sai and congratulated him for his “fabulous performance” in Republic. Pawan and Trivikram also congratulated Team Republic on the positive response.

It is known that both Pawan and Trivikram had rushed to hospital soon after Sai’s admission following his bike accident on Vinayaka Chaturthi. Sai continues to undergo treatment at Apollo Hospitals. 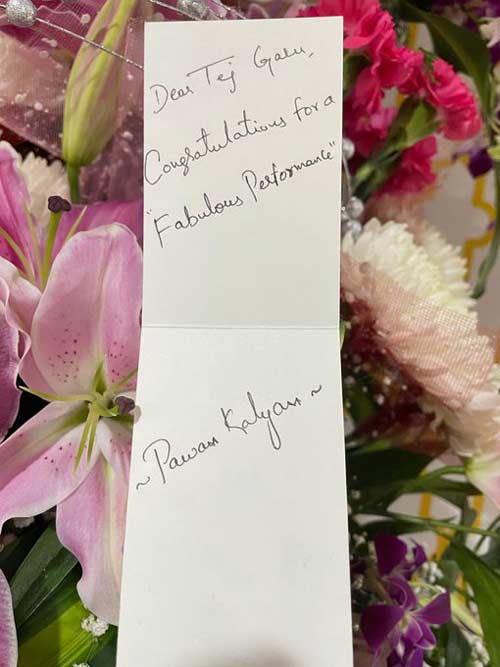 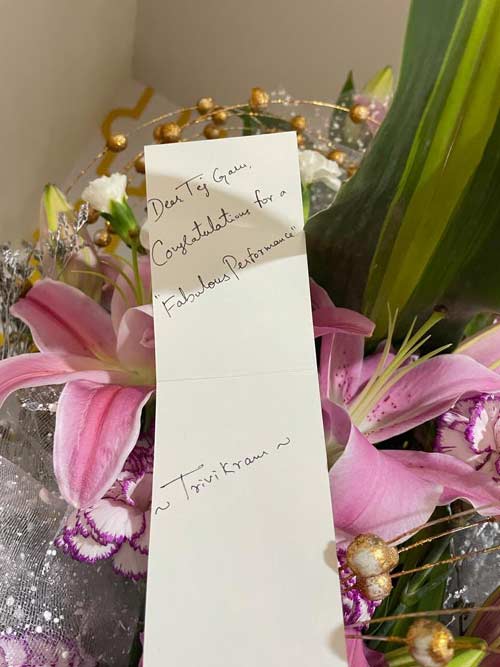