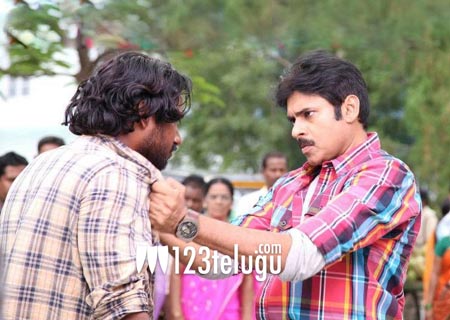 Power Star Pawan Kalyan’s ‘Cameraman Ganga tho Rambabu’ will release one week early on October 11th, as per the latest reports being heard. It is being said that the film’s activities are being completed at a very rapid pace and this is the reason for the early release. Initially, CMGR was slated for a release on October 18th.

Shooting of the film has been wrapped up in 4 months and post production activities have been going on simultaneously. Mani Sharma has composed the tunes for this movie and Danayya is the producer.

For now, Pawan’s fans are hoping for a blockbuster from Puri and let us hope that the maverick director can deliver as per their expectations.