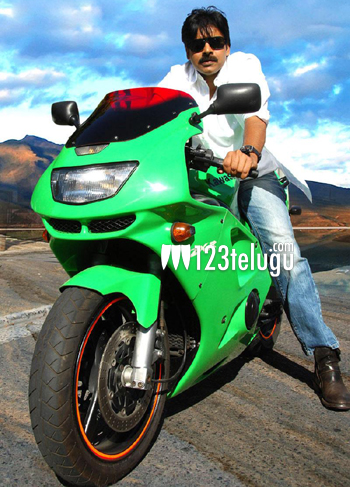 Power star Pawan Kalyan will be next seen in Gopala Gopala, the remake of Oh My God. In the opening scenes of Hindi film, Akshay Kumar is seen on a specially designed bike.

The latest news that is making rounds is that Pawan Kalyan will use his Hyosung GV 650 Aquila Pro in the introductory scenes of Gopala Gopala.

Pawan had initially bought this bike for Rs 6.6 Lakhs. This would save some money for the producers, otherwise renting a sports bike would cost a bomb.

Sharath Marar and Suresh babu are producing this film. This film also has Venkatesh and Shriya playing the leads.