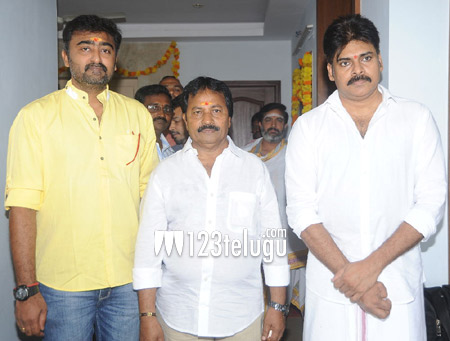 Some time back, producer A M Ratnam announced his new film with Power star Pawan Kalyan and even did a small launch pooja for the film. But that film has been put on a back burner and nothing much is known about it.

The latest news reveals that Pawan has met director R T Neason and very soon the project might take shape. The script work of the film has been going on in full swing and a final draft will be made in no time.

Currently, Pawan is busy shooting for his new film in the direction of Trivikram and has plans to take this film on floors next year. Watch this space for more updates on this project.