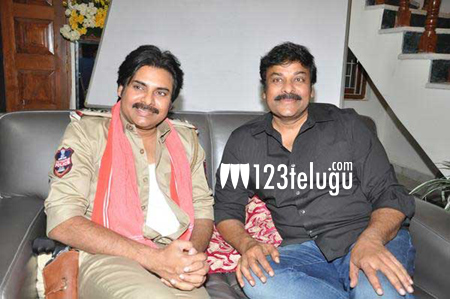 If the ongoing buzz is to be believed, Powerstar Pawan Kalyan too has joined this list as he reportedly remixed his brother’s iconic hit number in his upcoming action entertainer, Sardaar Gabbar Singh. Buzz has it that Pawan remixed the ‘Naa koka baagunda…Naa raika baagunda’ song, which was originally shot on Chiru and yesteryear heroine Radha for the film Kondaveeti Raja.

However, Sardaar’s music composer Devi Sri Prasad tweaked the song to make it a sizzling hot item number featuring Pawan Kalyan and Raai Lakshmi. The song was already shot several months ago and it will surely be a major highlight in this film.

Sardaar is being directed by Bobby and Sharrath Marar is producing it. Kajal Aggarwal romances Pawan for the first time. The film is slated for an April 8 release.