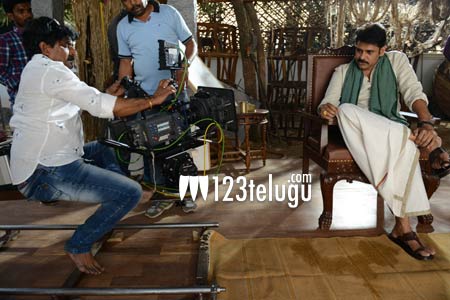 Some time back, we had revealed that Pawan Kalyan left to Europe to shoot a few songs for his upcoming film Katamarayudu. The latest news is that a romantic song is being filmed in the beautiful locations of Italy.

The songs of the film are composed by Anup Rubens and already the title track has become quite a hit. Shruthi Haasan is also taking part in the shoot which will go on for another few days.

Directed by Dolly, Katamarayudu is produced by Sharath Marar and is the Tamil remake of Ajith’s Veeram.