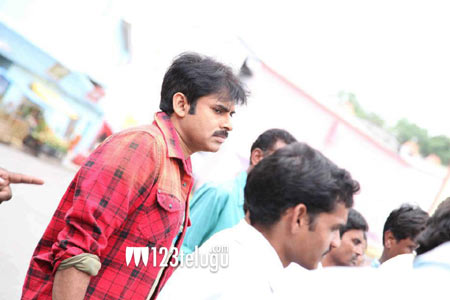 Power Star Pawan Kalyan will be shooting for a song sequence from today in Annapurna Studios 7 Acres complex. The shooting is part of the film “Cameraman Ganga tho Rambabu’ and hot beauty Tamanna is the heroine in the film. Shooting has been going on in multiple studios across Hyderabad and the film is racing ahead towards its target of October 18th.

Danayya is the producer of this project and Mani Sharma is scoring the music. The film is carrying huge expectations on it as both Pawan and Puri scored massive hits with their last releases. Pawan fans are expecting the movie to repeat the magic of ‘Badri’.