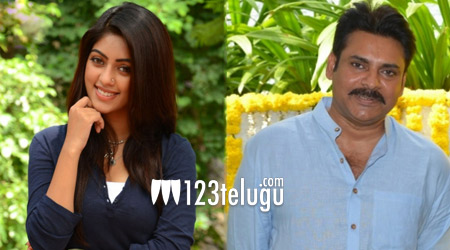 So, the much awaited film in the rocking combination of Pawan Kalyan and Trivikram has finally gone on floors. The shooting of this new film is currently on in a specially erected set in RFC.

Trivikram is canning some crucial scenes on Pawan and Anu Emanuel. Keerthi Suresh, who is the other female lead will soon join the sets. This is Pawan’s third film with ace director Trivikram and there is a huge expectation on this project.

Anirudh scores music for this film which is produced by Haarika and Haasini productions.