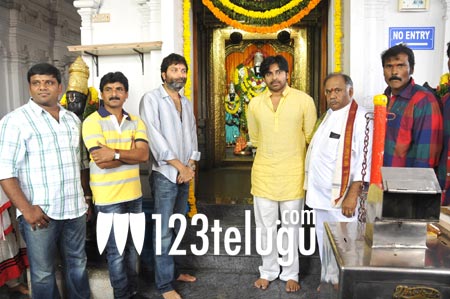 Regular shooting of Power Star Pawan Kalyan’s new movie with director Trivikram will begin from the second half of December. The muhurtam ceremony of the film was held today in Film Nagar and it was attended by Pawan Kalyan, Trivikram, producer BVSN Prasad and his son Bapineedu. The movie is going to be a family entertainer and Devi Sri Prasad will be scoring the music. Reliance Entertainments is going to be the co-producer of the film.

Samantha is going to be seen as the heroine in this movie and this will be her first film opposite Pawan Kalyan. Pawan and Trivikram teamed up for ‘Jalsa’ earlier and they share a very good rapport with each other. As a result, fans are expecting a good output from this combination once again.