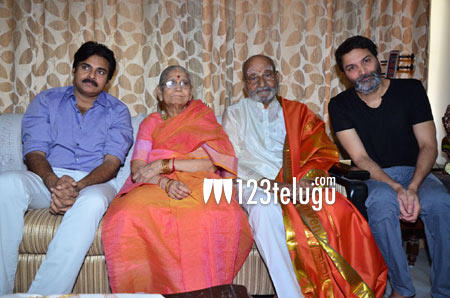 Speaking to media afterwards, Pawan and Trivikram revealed that they are planning to re-release 12 all-time classics directed by K Viswanath in the form of DVDs. This limited version will be released this year itself and the duo will soon begin working​ on acquiring the video rights from concerned parties.