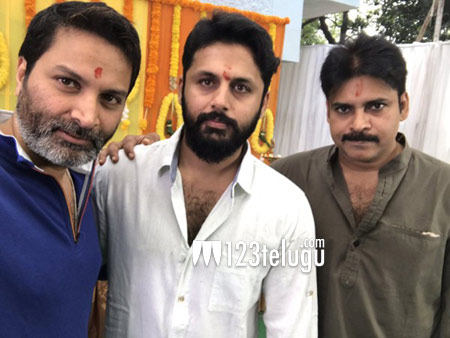 Tollywood’s star actor-director duo Pawan Kalyan and Trivikram is currently busy shooting for their as-yet-untitled film, PSPK25. Or is well-known that Pawan and Trivikram turned business partners ​with Nithiin’s​ next.

As per the latest reports​, this film, which was launched several months ago, will go on floors ​from June 26th, while an official confirmation is awaited. This film reportedly has its basic plot penned by Trivikram and developed into a full script by its director and lyricist Krishna Chaitanya.