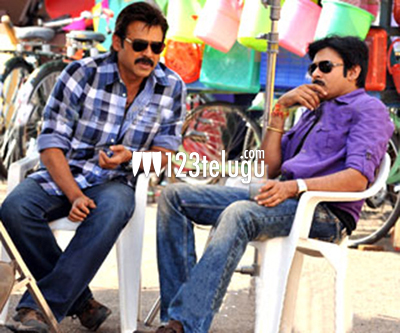 The latest multi starrer which is in news for quite some time now is the remake of Hindi film, ‘Oh My God’. There are many speculations about the title of this Venkatesh, Pavan Kalyan starrer from the past few days.

As per the latest buzz ‘Gopala Goapala’ is being considered as the title for this movie. However, there is no official confirmation on this but the production has almost finalized the name.

Shriya is cast opposite Venkatesh in this film which will be directed by Dolly. Anoop Rubens is the music director and PC Sriram is the cinematographer.